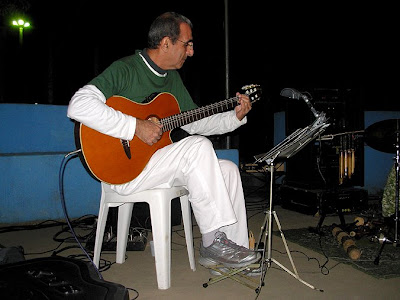 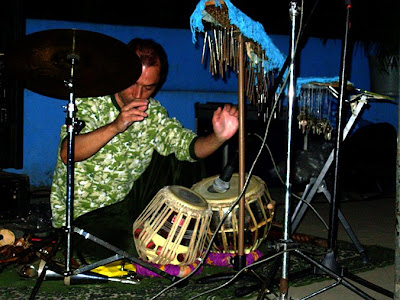 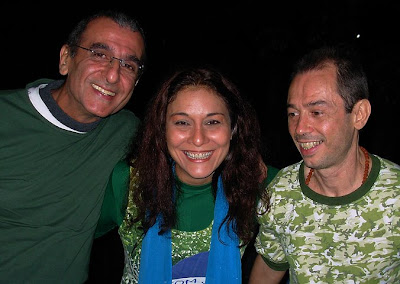 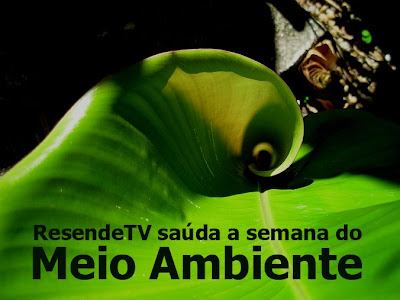 Chinese President Hu Jintao and Brazilian President Luiz Inacio Lula da Silva oversaw the signing of 13 strategic cooperation accords during a Brazilian delegation’s visit to Beijing, which ended Wednesday. Among the key deals were a $10 billion loan from China to Brazil’s state-owned Petroleo Brasileiro SA (Petrobras); the deal calls for Petrobras to deliver up to 200,000 barrels of crude oil per day for the next decade to China. Also discussed was the possibility of conducting bilateral trade in the two countries’ domestic currencies instead of in U.S. dollars.

The visit, and particularly the economic deals, provides new evidence for the thesis thatChina and Brazil are on a path toward a close alliance that one day might blossom into a counterweight to U.S. hegemony. Among the many serious adherents to this thesis is U.S. Secretary of State Hillary Clinton, who at the beginning of May equated China’s dealings in Latin America to those of Iran: She said she was disturbed by Beijing’s moves to strengthen economic and political connections on the continent.

Before declaring the definitive beginnings of a “Dragon-Jaguar” alliance and delving into its implications for the United States, however, it is useful to explore the geopolitical impediments to such a partnership. Alliances, in particular the long-term strategic kind, are at least nominally underpinned by four general factors: common political heritage, feasibility of economic cooperation, common military aims and common enemy or threat. In terms of political heritage, China and Brazil share only a very tenuous link to the Portuguese imperial expansion — a link that defines Brazil on many levels but whose legacy for China does not extend beyond the gambling paradise of Macao.

In terms of military aims and military threats, the two countries could not be further apart.China is a land power looking to expand its naval capabilities so that it can project power into the contentious and volatile South China Sea, where it competes with Malaysia, thePhilippines, Taiwan and Vietnam. Furthermore, Beijing’s main concerns are the nearby marine trade routes that it does not control due to U.S. naval dominance, such as the Taiwan Strait and the Strait of Malacca.

By contrast, Brazil’s immediate security imperative is to control its own territory — including the largely secure southern border with its only real regional rival, Argentina, as well as the wild Amazon rain forest. This makes Brazil’s strategic objectives inherently inward-looking and land-based, and it means Brazil has very little to contribute at this point to China’s quest to secure ocean transport. In the long term, Brazil is certainly interested in developing its own naval capacity, and it sees its position in the South Atlantic as a potential strategic lever in the realm of ocean control. However, Brazil has turned to France, not China, for aid in developing much of its naval capacity, and it has a great deal of room to grow before it becomes a global player in this arena.

Economic cooperation does constitute a strong link between China and Brazil, and it is clear that trade between them is growing rapidly. Here again, however, China and Brazil are separated by great distance. Commodity exports to China will have to wait for the Panama canal expansion (projected to be completed in 2014) before they can begin in earnest, but even with an expanded Panama Canal, the trade routes between China and Brazil will be three times longer than current routes linking China and the Middle East — not an economically discountable distance. Militarily speaking, because they have to go through the Panama Canal and across the breadth of the Pacific Ocean, trade links between China andBrazil will be just as vulnerable to U.S. naval interdiction as China’s links to Middle Eastern energy producers.

What today might seem to be an obvious marriage of Brazil’s commodity exports andChina’s insatiable appetite for energy and minerals may not last forever. For one thing,Brazil is neither a developing nation nor a Middle Eastern economy based on commodity exports; it is an industrializing country with a diversified economy and no plans to become the Nigeria of Latin America. Its recent spate of oil discoveries notwithstanding, Brazil still has designs on becoming a major industrial power and a financial center for Latin America. With a population of 200 million and a multitrillion-dollar economy that ranks in the world’s top 10, Brazil’s rise as an industrial power means its commodity-exporting days are numbered: Ultimately, it aims to satisfy its own growing energy and industrial demand. If such an economic path seems farfetched, one has only to look at Chinese energy needs of 30 years ago and imagine what Brazil might look like in 2040.

As Brazil industrializes, it will become a direct trade rival for China, particularly since the U.S.consumer market will be the destination for the bulk of manufactured products from both states. The United States is China’s main export market (when accounting for secondary trade flows that include the entire Chinese supply chain), a key variable for China’s export-driven economy. Beijing will be extremely wary of anything that overtly threatens that trade relationship. China and Brazil are already global competitors in medium-haul regional airplane production; the geography of both countries requires a robust regional airplane industry to facilitate internal transportation. They eventually will be pitted against each other in offshore oil exploration, and it is not implausible that they will compete in other industries as well.

Both China and Brazil therefore are more interested in getting the most out of the United States as a market than in forming a “Dragon-Jaguar” economic partnership that would underpin an aggressive political posture toward Washington. This also means that – much as during the Cold War, when Washington broke apart the Sino-Soviet relationship — a Brazil-China alliance will be one that United States could fracture by giving one side concessions over the other.

For China in particular, the cost-benefit analysis of meddling in the U.S. hemisphere discounts an alliance with Brazil. There are simply too many ways for the United States to counter China in its own neighborhood — especially by tightening the screws on its sea lanes — for Beijing to risk irking the Americans. Brazil, on the other hand, has very little to gain from making China — a limited naval power on the other side of the planet with which it does not even share an ocean — its main security partner. The United States would surround Brazil with regional rivals and thereby thwart Brazilian power projection in Latin America, with Beijing too far away to help.

By forming a partnership with China, Brazil would create a military threat for itself that previously did not exist, rather than increase security through an alliance.
Postado por João Saboia às 08:57 Um comentário: 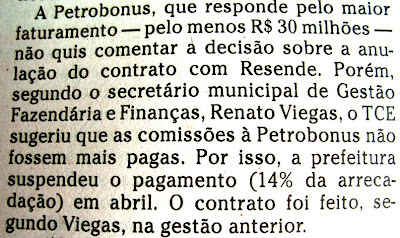